skip to main | skip to sidebar

Whew, Its my last day here in Delhi for this year. its been exactly a year that I've made Delhi mine. I've met so many people and made new friends, experienced so many things, learnt so many things. As a person I've changed a lot too. Delhi has given me so much. i just wanted to put up some memories that I have of Delhi here. 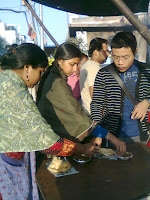 Chawri Bazar: We went for book shopping for used books at chawri bazar in March. Still very cold. Us having a side raod breakfast. (Mithila, nt in the pic, tanu and her friend) 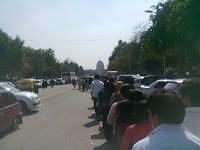 lining up to enter, the rose garden, which opens only once a year in 5  (i think) years 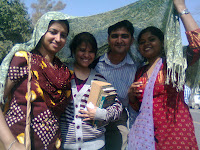 Mithila, Tanu and their friends 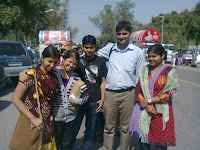 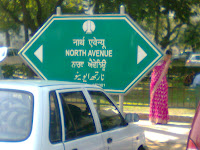 these are few pics that I'm uploading here...so many memories, and not enough time and space to highlight it here.

Christmas is near and i am going home tomorrow. Looking forward to it and hoping that i'll have a good Christmas this year for last year I did have a blue Christmas, for I was alone,  new place, new house, new everything. This year I have the full intention to carol, visit all my friends old and new, cakes, goodies, present, red and green and decorations...but sadly enough no snow. yet, i intend to fulfill all my Christmas list.
I also promised myself, that I am going to give someone some special love for Christmas for Christmas is all about love and giving. the time to forgive and put things behind and look forward to something new.
Posted by JoHn LaLdUhSakA at 1:24 AM No comments:

A Time for Everything

Its been a long long time that I've actually opened my blog. infact I've even forgotten that I have one. But i am back now and hoping that i would be able to make my blog more readable and update it regularly.

Its exactly three years now that I've created this blog. Since then I've had experienced many things and my diaries have been filled with many memories. Lets see, where do i begin and with what experience. it wouldn't be fair to start off at any random occurrence but who am I to say what's fair and what's not, right.

Well, the thing is I am exactly where I was three years before with a little bit of masala added to my existence by life itself. I gained and lost many  good things and bad things as well But, I would not want you or for that matter anyone to think of me as 'LOST'. I am not lost, its just that I haven't found my key to the 'RIGHT DOOR' in front of which I am standing.I have misplaced my key somewhere and hoping that i would find my key soon.

My life and my experiences  in the past three years are just like the strings of a guitar which when struck alone make a beautiful sound and when strum altogether makes a more beautiful music. I am yet to learn how to strum these strings of mine together so that I may be able to make my life as beautiful as the music that my guitar would make. Yes, 'tis true that sometimes i do ask myself, why is it so difficult to learn to strum my guitar when i knew all the chords? then, I would tell myself, 'have patience John, for there's a time for everything' as is written in Ecclesiastes 3:1 (The Bible - Old Testament). However, I believe that time would not just unfold that for me unless i put in my own effort to build up that opportunity so that when time finds my opportunity worth blessing, i would receive it in abundance.

Its 8:45 am morning of 8th of December and with my Day nearing by, I could not think of the past but learn from it and look forward to something new and kinder hope in my heart always.
Posted by JoHn LaLdUhSakA at 7:00 PM No comments:

so how long has it been, exactly?

So how long has it been, since i last blogged. 2 years and some months....i guess...

"well john that's quite some time, don't you think", said I to myself.

true indeed, it has been very very long time. but where was I? what was I doing?
I was lost and found and again lost and found again. i really don't know what happened..

well I am trying to make a comeback on blogging, i am keeping my fingers crossed and hoping that i continue this.
Posted by JoHn LaLdUhSakA at 1:05 PM No comments: 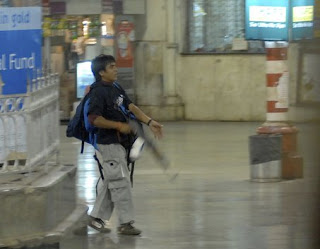 In one of the most violent terror attacks on Indian soil, Mumbai came under an unprecedented night attack as terrorists used heavy machine guns, including AK-47s, and grenades to strike at the city. Not only that, the very fact that they easily entered the Mumbai city without hindrance puts a question mark on the governance of the authority.

Now, the question is that, will the resignation of the authority such as the resignation of union home minister Shivraj Patil , dpty C M P R Patil and the C M himself solve anything with the breach of security of Mumbai, or for that matter of the country. Now that with the Election is at hand, the politician are using this incident to their advantage to gain yet another power. How many more innocent llives will India lose because of the imcompetency on the part of those in office
Posted by JoHn LaLdUhSakA at 8:39 PM No comments:

Why is Mary Kom denied of what she truly deserves? 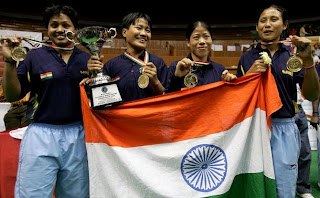 In the light of the news posted in Times of India, dated 2nd december, page 22, it is really saddening to know that a sportsperson like M C Mary Kom have to struggle for something which she truly deserves, the Title of Khel Ratna. Being a world Champion four times in a row is not a piece of cake. And the very fact that she won the boxing world champion title proves her dedication and hard work to the sports she loves and her efforts to bring her country at the world level in the arena of sports compettition. How many Indians have won world championship title in any sports besides Cricket and that too not always, never in a row.

"last year, when my name was recommended by the federation, I had been shortlisted along with Dhoni but (Arjuna awards selection comittee chairman) Milkha singh struck off my name saying that he did not know which sport I competed in. That hurt me teribbly". - Mary Kom (Times of India, Dt. 2 Dec 2008)

This is an ouright insult not only to her but to her profession as well . I really dont know why Milkha singh is appointed as the chairman of such prestigous post which he do not deserve at all. why, if he is the chairman he should be well aware of what kind of sports category are played by Indian player in any particular event. There is very less chance that he is not aware of the sports that Mary Kom played. Its impossible and outrageous. Even if he is unaware of the sports she represent that he should make it a point that he does. This shows not only his imcompetency and inefficiency to hold the post but also his weak rationale towards the sports itself.
he is either lying or just giving an excuse for not giving the title to Mary Kom. Mary Kom deserve the title, infact, more than Dhoni.
This act on the part of the authority shows not only the gender segregation in sports but also the sports itself. secondly, perhaps it could be that he is full aware of what sports Mary Kom represent but however since she belong to the north east, he is not sure whether northeast is a part of India or not. ( this shows the general attitude towards northeast india- apathy) or maybe that, he thinks that the title is not fit for any women player.......there can be lot of alternative reason that he can give for denying the title to Mary Kom, But whatever be the reason it is utterly unbelievable that he is not aware of the sports in which Mary Kom competed in. The whole world is aware of Mary Kom as a world champion in boxing from India.

Mr. Milkha Singh should resign for he is incompetency to hold this office.
Posted by JoHn LaLdUhSakA at 8:00 PM No comments:

Posted by JoHn LaLdUhSakA at 7:14 PM No comments: 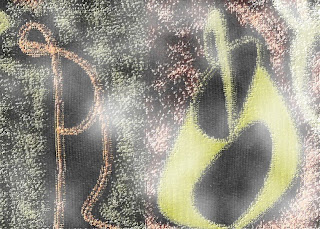